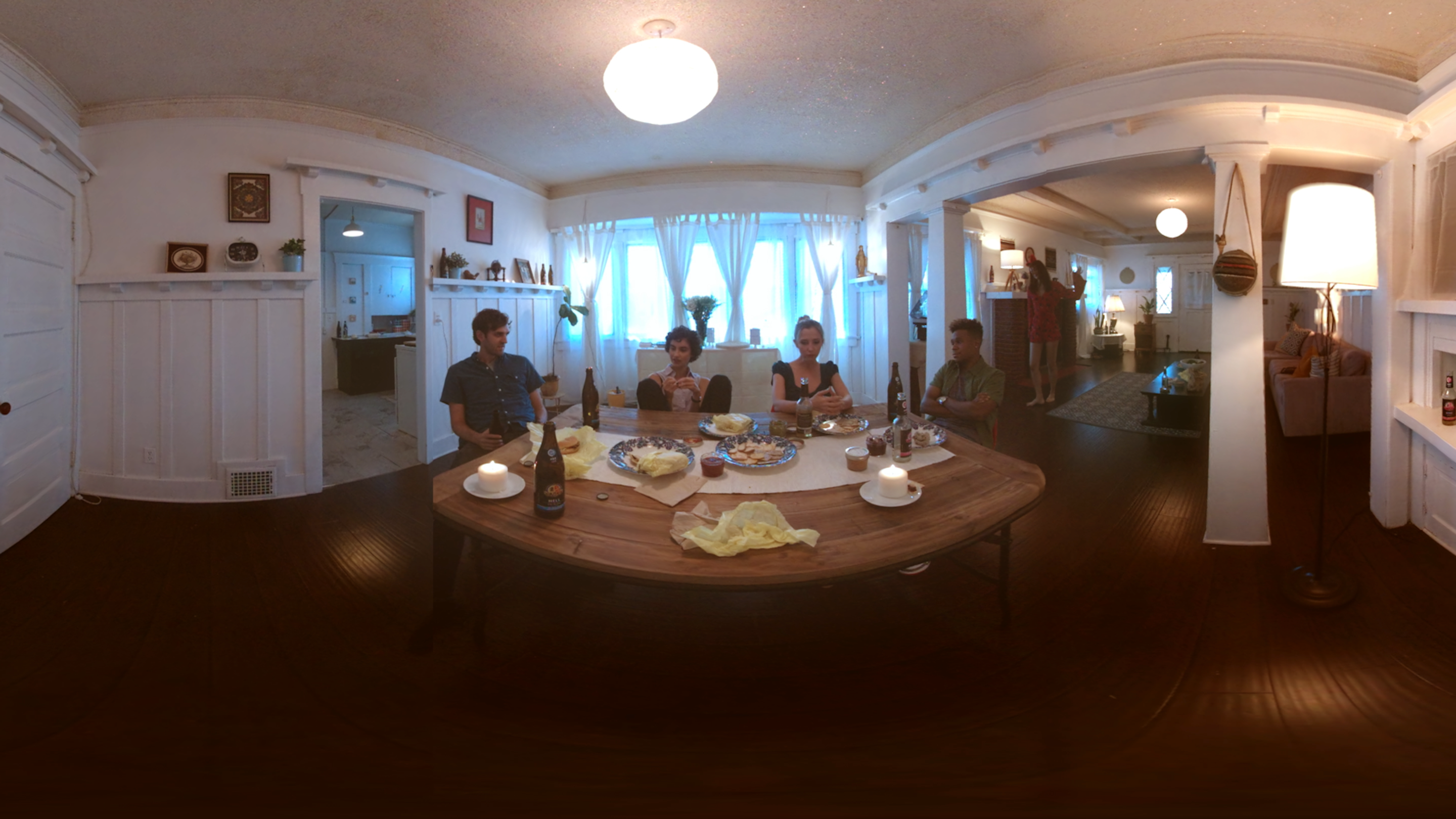 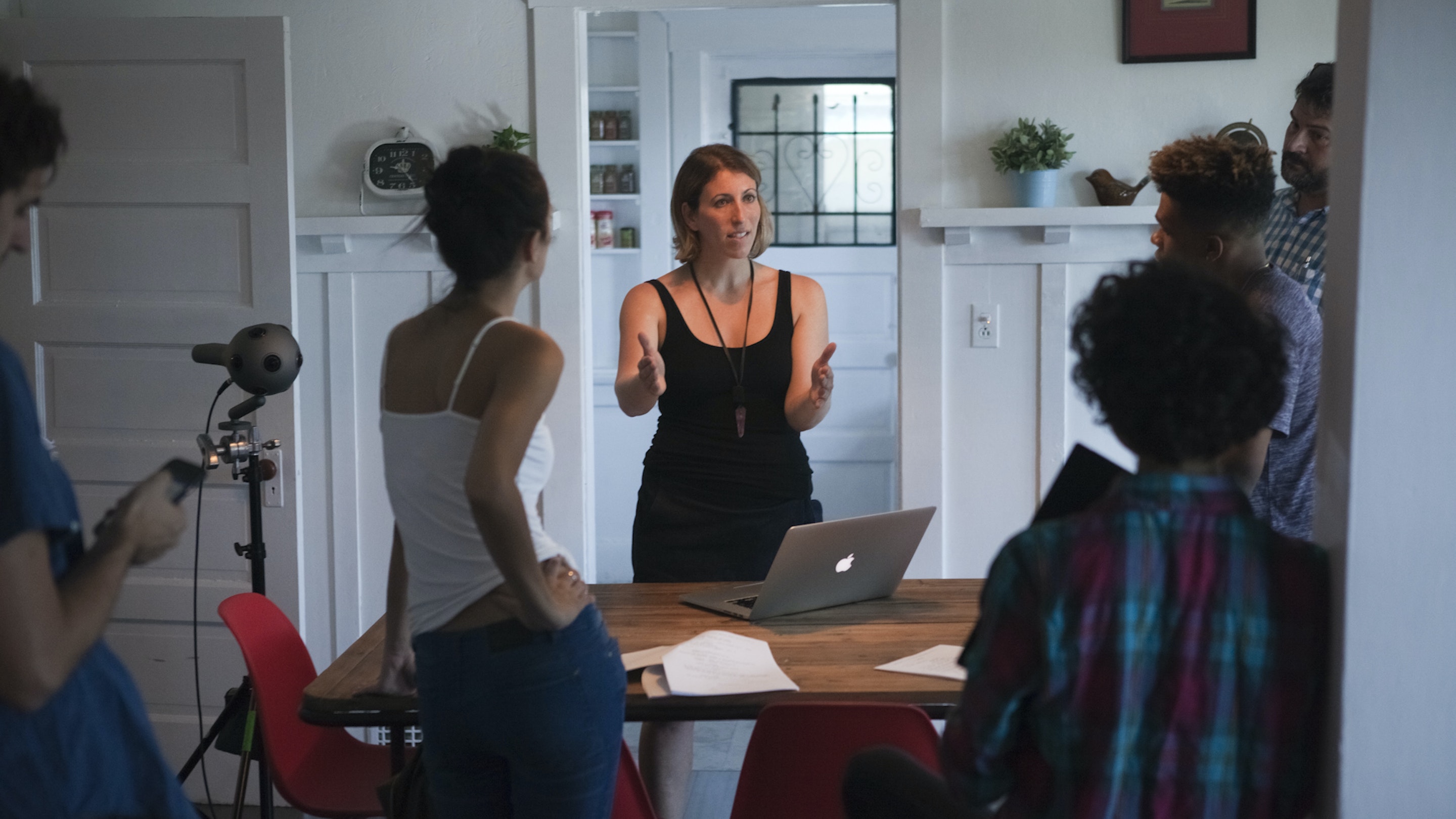 Synopsis: DINNER PARTY is a short VR dramatic comedy set in three acts that explores a group of 30 somethings whose relationships are constantly changing while their friendships remain constant. The main character Ann, is starting a business and hosts a dinner party as a way to get funding from one of the attendees but the groups ever changing relationships creates a fun evening of chaos.

DINNER PARTY is a dynamic living breathing story. By taking advantage of tools of VR’s tools, each viewer will create their own emotional outcome.  How do we do this without complicated branching narratives?

In VR, the viewer/participant has the freedom to look around the environment. Based on their gaze, we cut to reveal additional emotional complexities for the characters they are watching. In each part there are two gazed based interactions.

-In Association with Mustard & Company