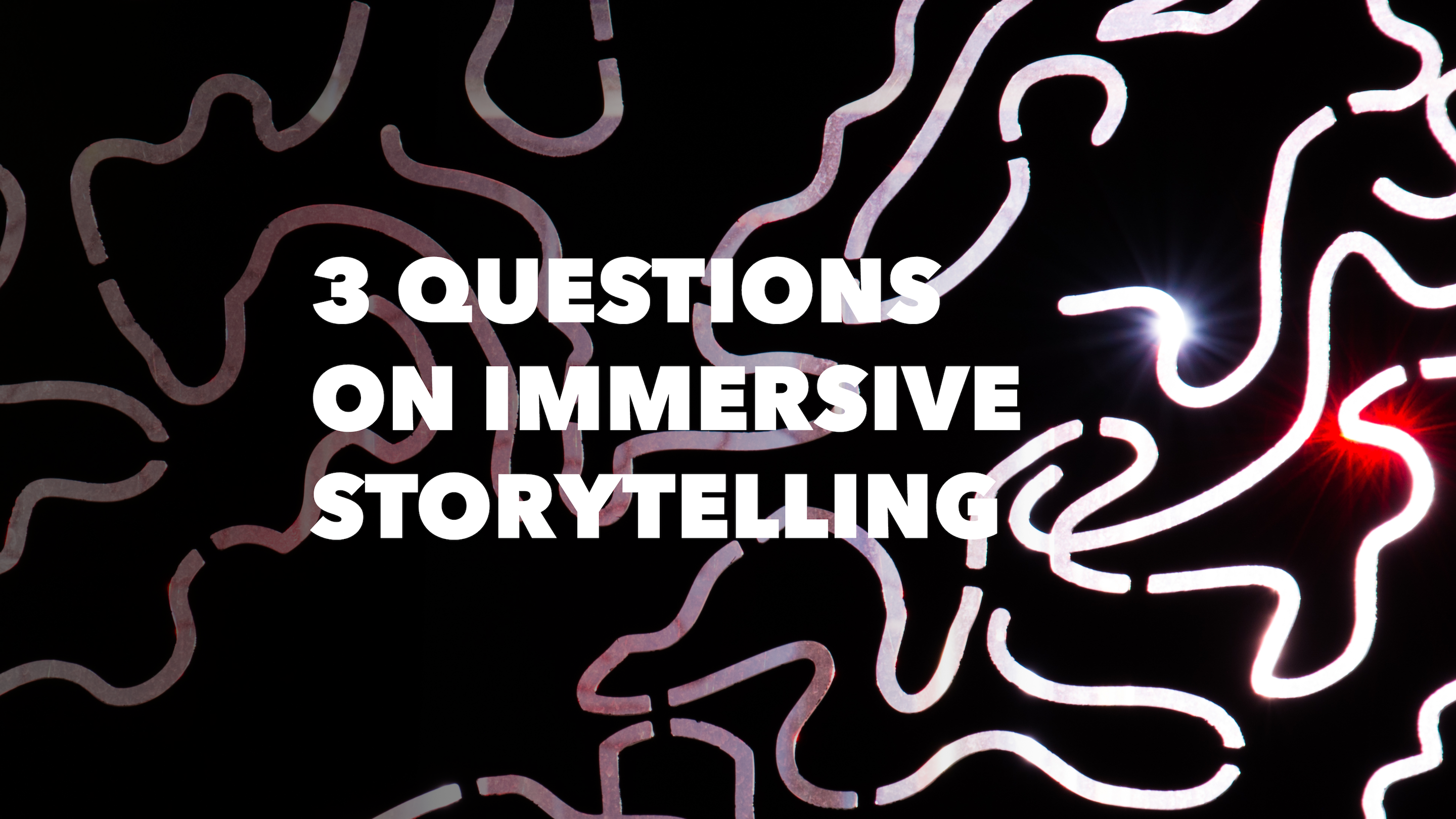 Everyday there’s a new article about Virtual Reality. Whether it is another company that got funded, a new camera rig, viewing headset, software… staying up with the technology is overwhelming. I’m especially curious about telling stories in a 360 environment and am not finding many public discussions addressing that subject.

At this point, the best info I’ve found online has been from Oculus Story Studio in this blog post 5 Lessons Learned While Making Lost. I agree with many of the rules but didn’t realize I agreed with this until embarking on making my own short films.

The lessons I’m learning have been in Live Action Narrative 360 Storytelling, and some rules are different from those in CGI. What the hell is a live action narrative 360 story?! At its kernel, it’s where the viewer is in the middle of a fictional story with real humans watching the story unfold around them. Does that make it more confusing??? Anyhow…

The first question I’ve been asking is, how do I construct a scene?

If traditional two-shots, reaction-shots and close-ups are no longer tools that make sense for constructing a scene in 360 video, what can we do to build a moment? If you think a close up works, imagine if the viewer is actually looking in the other direction… those shots just won’t match and it’s jarring and discombobulating.

My first instinct has been to look towards theatre, where those tools aren’t used to construct a scene. The writing, blocking, acting, lights all become integral. Somehow 360 video becomes an amalgamation of the blocking/lighting of theatre coupled with the intimacy of film. The approach has been working for me so far, but curious if anyone else might have ideas…

The second question is when, how and why move the camera?

I’m not constructing a scene like a traditional film, so why is there a need to move the camera during a scene? I haven’t found a compelling reason for why camera movement is integral to telling my story.

When viewing in a headset, I’m in control of where I’m looking in the scene. When the camera is moving in addition to that freedom, it makes me motion sick. I’ve been okay with some movement in CGI but not yet in live action.

Anyone find a technique that works for moving the camera in live action? I’d love to see examples!

Finally, when shooting are you thinking about how viewers are watching the piece?

My first film THE ARCHER is made to be seen on cardboard. Not 360 web video (like on YouTube or Facebook in a web browser) and not in GearVR. Why so specific? Well when you view on the web, the action is too far away and in GearVR the headset crops into the video making the viewer have to move their head to read titles and see a full two shot.

I didn’t find this out until recently and it was like a sucker punch to my heart. I knew the web wasn’t optimal but it didn’t ruin the films intentions. But when I saw THE ARCHER in Samsung GearVR it felt claustrophobic and took away from the story. I’ve not had the opportunity to see it in an Oculus DK2 cause I don’t have access to one, but I’m assuming it is similar to GearVR since they are Oculus certified.

Back to the question — do you think about placement of the action based on depth from the camera to ensure the two shots work in its most cropped view? I haven’t found any sort of measurement for these differences yet, have you?

It’s an exciting time and would love to find a collective of storytellers to share our experiences and what techniques work. Any LA based VR Filmmakers want to talk story with me?